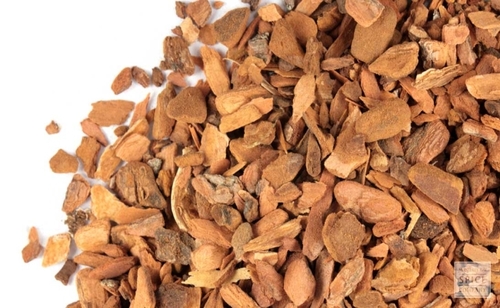 Isabelle Wilson is an internationally renowned medicine woman and herbalist who is known for her work, the Wise Woman Way. In this edition of the series called “Herbs for Labor” written for Birth Institute, she eloquently shares how cotton root bark is beneficial for kick-starting uterine contractions, bringing on the placenta, and relieves symptoms of endometriosis. Take a moment to enjoy the journey with Grandma Growth.

Become a holistic midwife or holistic doula and incorporate this valuable herbal knowledge into your life and career.

We have returned from our ginseng expedition and are seated by the woodstove, cups of honeyed hot sage tea at hand.

“Here’s something we won’t find in the forest,” says Grandmother Growth, holding out a thin, brownish-yellow root.

As we pass it around, we notice how flexible it is, and that it is almost odorless. The taste is a little acrid and astringent, but also slippery.

“This is cotton root; actually, the bark of the root. That’s why it bends so easily.

“Let’s make a decoction,” she suggests. Using heavy scissors, she snips a large handful of dried root bark strips into a pot of boiling water.

“I’ve added an ounce of dried root to a quart of water. Instead of taking the pan off the heat, tightly covering it and infusing the herb, we are going to leave it right here, on the heat and uncovered, while we talk. We’ll adjust the heat so it simmers, and stir it occasionally as we chat. It is decocted when the liquid is reduced by at least half. (You can pour it in a measuring cup if you want: two cups or less of decoction is your goal.)

Cotton root bark is a very useful medicine. But it must be harvested when the energy and medicine is in the root, not the flowers or seeds. It is best if tinctured fresh and stored for later use; the activity of the dried root dissipates quickly. It is most effective the year it is harvested.

Use only organic cotton root. Cotton grown for clothing often contains chemicals not intended for ingestion by humans. Cotton root bark is considered completely safe to use, producing no side effects when used for no longer than a few days, at most, and having no known interactions with drugs.

Cotton root bark is the equivalent of ergot (and ergot-based drugs, like pitocin) in its ability to jump-start uterine contractions, but much more dependable and far safer. Sips of the decoction or a dropperful of the tincture, taken frequently, bring on the menses, bring on a miscarriage, bring on labor, bring on birth, bring on the placenta, and help during menopause. It is especially helpful in improving uterine tone. Fullness and heaviness in the pelvis are strong indications for the use of cotton root.

Even though it is an emmenogogue, cotton root successfully checks hemorrhage after childbirth, during menopause, and menstrually. It also alleviates pain and flooding, especially for women with fibroids or endometriosis. In fact, about 90 percent of women with endometriosis will respond favorably to cotton root, but many of them will lose their period for the 6-12 months of treatment.

“She is an important herb for all fertile women and a great ally to the wise midwife,” says Grandmother Growth as she stirs the steaming decoction.

This decoction, sipped after a fertilizing intercourse, interferes with the ability of the corpus luteum to produce progesterone, thus preventing implantation of the ovum. This ability to stop progesterone production can end a very early pregnancy if the decoction is taken before the placenta is formed and hormonally active. No decoction? 1-4 dropperfuls of the tincture of the fresh root can be taken repeatedly until bleeding and contractions are well established.

Please make an appointment for a clinical D&C before using cotton root bark or any strong emmenagogue to bring on a missed period. If pregnancy has occurred and the conception remains, it is likely to be malformed, if studies on rats are any indication.

Cotton root bark contains oxytocin, which initiates uterine contractions. In addition, there are active ingredients in cotton root bark that increase the number of receptor sites on the cells that absorb oxytocin. This increased uptake of oxytocin causes a marked increase in the number and strength of uterine contractions. Although it is no longer marketed by Eli Lilly or listed in the USP (as it was from 1860 to 1880), cotton root is still widely used to initiate labor in post-term pregnancies, PROM, and when labor stalls, or when the uterus seems boggy or unresponsive.

Cotton – Gossypium herbaceum – is in the hibiscus family, with okra, marshmallow, and hollyhock. Like all malvas, the leaves and roots contain soothing mucilages, traditionally used to counter snake bite and dysentery.

In China, cotton is both as an aphrodisiac and a male contraceptive. The roots, chewed, stimulate the sexual organs and revive flagging interest. Gossypol (concentrated in in the seeds, but also found in the root of cotton – and now synthesized rather than extracted) blocks the production of sperm and hinders their mobility, supposedly without affecting potency. Long term use (60mg for six months) is been linked to both heart and liver problems.

Although cotton seed tea is a traditional remedy in the Southern States for intermittent fever and to increase breast milk, it is not considered safe, especially for men. A large amount of cotton seed oil in the diet (it is in many processed foods) is associated with temporary infertility. Fatal poisonings have occurred in animals fed cotton-seed cakes.

“And now, I think it is time for me to feed the fire and go to bed,” says Grandmother Growth with a yawn. “Tomorrow we’ll continue our studies. Now it is time to dream. Please accommodate yourselves. You know where everything is. Goodnight and green blessings.”

Thanks to the writings of Sister Zeus, Maude Grieves, and Aviva Romm. And to the oral tradition of the nameless African women whose herbal knowledge helped them – and we, their children – to survive in new worlds.

Susun Weed has appeared on numerous national radio, television, and new-media venues, including National Public Radio, NBC News, CNN, and ABCNews.com. She has been quoted and interviewed in many major magazines, including Natural Health, Woman’s Day, First for Women, and Herbs for Health. She is a contributor to the Routledge International Encyclopedia of Women’s Studies, and writes a regular column in Sagewoman and for Awakened Woman online. Visit her at www.susunweed.com or buy her books Wise Woman Herbal for the Childbearing Year (Weed) and Herbal Healing for Women(Gladstar) at www.wisewomanbookshop.com.

Check out Mountain Rose Herbs for high quality organic herbs to use with your clients.

Become a doula! Provide continuous, culturally competent physical and emotional support to childbearing women and their families in your community or globally.LEARN HOW

Study Global Health Abroad! Make a positive and lasting contribution in the field of women’s health, both in your own community and globally! Join us for an in-depth examination of birth social justice, women’s rights and community health abroad. LEARN HOW