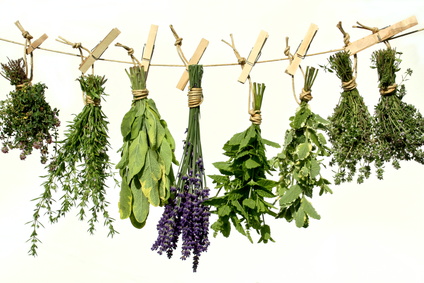 Are you interested in learning about natural remedies for women’s health issues including painful menstruation, infertility, uterine fibroids or cysts?  Vaginal steams are an amazing universal treatment!

Q: How did you originally learn about the ancient remedy of vaginal steaming?

A: It would be hard to put a specific name to it, but since I have been working with traditional healers in Central America since 1970, I always heard about women doing vaginal steams. But I suppose that my use of it was perfected when I met my mentor, Don Elijio Panti, an old Maya herb doctor in Belize, and Hortence Robinson, an herbal midwife in Belize. I was with Don Elijilo as his apprentice for 13 years and was with Hortence as an apprentice with for 10 years, simultaneously. The vaginal steam is as common in Belize and Central America as drinking Peppermint tea.

It’s also the result of my digging and digging through old books on women’s health. Vaginal steams were still known back around the turn of the century, even in America. Its one of the things that we lost at that time.

Q: How and why does a vaginal steam work?

A: From my perspective, as a doctor of naprapathy, I think it works on different levels. One level is introducing warmth and heat in the form of steam into the cervix and into the vagina, the uterus and the fallopian tubes. The steam is expansive and it also has an affect of softening the tissue. From our perspective – from the Maya Abdominal Therapy perspective – women often have painful periods because they have indurated or encrusted fluids from previous menstrual cycles that have not been flushed. The combination of planet oils and steam moves into the uterine walls. The uterine wall is kind of like hills, valleys and mountains if you look at it under a microscope. In between the parts of the membrane that rise, are something called the “venous lakes”. In those venous lakes is where we find the accumulation of incompletely flushed menstrual fluids from previous cycles. It tends to accumulate and then harden there. So you can imagine, if you want to clean something really well, you heat it and steam it. Its steam cleaning! And then the plant oils have their own effect of breaking up, separating and moving things along. So that’s my take on it. I think it’s a combination of those, and the fact that it’s so soothing. Most everyone who tries it loves it. It’s so comforting, physically and emotionally, all at the same time. After the vaginal steam, when the cycle comes again, as I mentioned in my previous blog, women may see what looks like chocolate syrup or coffee grounds. And that’s good! That’s what was built up in the venous lakes and causing issues.

Q: Vaginal steams are said to support women with many issues including uncomfortable menses, infertility, ovarian cycts, fibroids, polyps, etc. Have you seen these types of things remedied by vaginal steaming?

A: Of course! It’s a woman’s treatment. It doesn’t really matter what the pathology is. The treatment is across the board, and universally effective for any aspect of uterine pathology.

There may be many reasons for infertility, but one of those reasons is induration of the uterine wall. When we combine vaginal steaming with abdominal massage therapy – the deep external massage on the uterus – we have a very dynamic approach with great results (if that happens to be that issue that is causing the infertility, which it may not be). After the treatments, after we really get the uterus cleaned out, what we would hope for is a pregnancy within 1-3 cycles. But even if that isn’t the issue, who wants to put a baby in a dirty crib? So we encourage all women to clean the uterine membrane before they get pregnant.

And of course, there is also postpartum. That is also absolutely great. It depends on the midwife, the culture and the country. Some say to do it immediately, some say 3 days after birth, others say 6 days, others say 9. I know the midwife makes a decision based on the individual case. Obviously, in cases of extreme bleeding or hemorrhaging, a vaginal steam would be contraindicated. But usually, very soon afterwards they use the vaginal steam to prevent the distended abdomen.

It is also very good in pre-ovulation, to make sure that the tissue is moist and that the cervical fluids are clear and copious. We use it preovulatory to improve ovulation and also to improve fertility.

Finally, women who are in menopause should still do their vaginal steams, especially in the year after ceasing menstruation. Women should steam three times a year, and will still pass some dryish fluid each time. We wouldn’t want that material to stay in the uterine wall for decades of time, because that of course, leads to bigger problems.

Q: In your article for Birth Institute, it sounds like one can simply throw a handful of what seem to be household herbs into boiling water to steam… is it really as simple as that? Are there certain blends that work best?

A: The only herb to my knowledge that is specific would be Motherwort, which is more specific to fibroids and polyps. That’s the only one that I have seen based on the research I have done. But really, it is not specific… it could even be Italian seasoning… that’s one of my favorites!

A: There is a list of maybe 100 plants that you can use. I just chose those that were the most available and the most commonly known. Wormwood and Mugwort are harder to get: not very many people know where to get them or can find them when they grow wild. I just wanted this to be accessible as possible, but those two – mugwort and wormwood – are excellent. I think one of those would be the herb of choice for a professional healer, traditional healer, or a midwife. But again, oregano is every body’s favorite!

Q: Can you use essential oils for vaginal steaming?

A: No.  We only use fresh or dried plants, never essential oils from a bottle. Essential oils are far too strong.

Q: What are the precautions associated with vaginal steaming?

A: Women who have an Intrauterine Device (IUD), an internal infection (cervical, uterine or ovarian inflammation), or a fever should not do a vaginal steam. Nor should heavy bleeders, or women who think they might be pregnant.

Q: Is there anything else you think women should know when it comes to reviving the practice of this ancient household remedy?

A: Everyone who wants to try a vaginal steam should be aware of the effects of bringing on more fluid. The menstrual cycle does change afterward. It looks strange and different because its part of the healing process. Cleansing can sometimes be untidy. Ultimately, though, there will be less menstrual fluid passed.

We have seen absolutely astounding and universal results from vaginal steaming. The results are clear. It’s right there! It really does a lot to relieve menstrual pain, and it doesn’t really matter what the problem is with the uterus, the vaginal steam is the classical Central American treatment. If anybody complains about any problem with the uterus, everybody says, “have you done your vaginal steam?” just like we would say, “are you drinking enough water?”

Vaginal steaming is easy, affordable and can be done at home. Learn the process of steaming in Rosita’s article Vaginal Steams: Forgotten Ancient Wisdom for Women’s Healing. Then purchase your vaginal steaming herbs and special, hardwood vaginal steam stool to get started!

Listen to a Birth Institute Interview with Rosita!

Listen to Birth Institute’s virtual Q&A with Rosita to learn more about Vaginal Steams for Preconception.
Listen to Rosita

Rosita Arvigo is the director of The Arvigo Institute, Rainforest Remedies, the Traditional Healers Foundation and founding member of the Belize Ethnobotany Project. Having lived and worked among traditional healers for many years, she is dedicated to the preservation of the science and art of traditional Maya herbal healing.