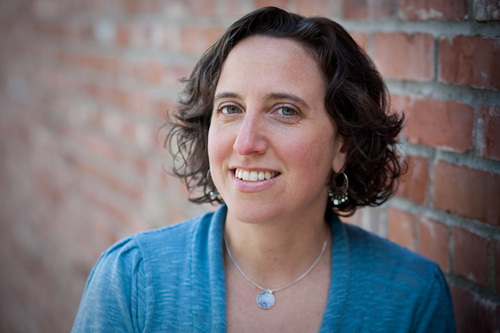 American moms and their babies are being undermined by corporate interests at an alarming rate. In this riveting piece, Jennifer Margulis, Ph.D., award-winning investigative journalist and author of “The Business of Baby”, exposes shocking statistics and surprising corporate practices true in most American hospitals, where cost, and maternal mortality, are high.

“No one goes into spontaneous labor any more,” a doctor at a prominent teaching hospital in one of America’s most intellectual cities told me earnestly over a cup of coffee last month. “We induce them,” he continued, speaking on the condition of anonymity. “Everyone likes it better that way.”

This doctor prides himself on being on friendly terms with midwives. This doctor believes that he practices evidence-based medicine. This doctor also considers himself a pioneer of gentle hospital birth.

I don’t know which is worse, that a doctor who spends his days in contact with healthy women at one of the most vulnerable times in their lives is so misinformed, or that he is so unaware of it.

As every midwife knows, there is nothing gentle about convenience inductions. Elective induction of labor, Dr. Kathleen Rice Simpson, Ph.D., a perinatal clinical nurse specialist at Mercy Hospital in St. Louis, explains: “can lead to birth of an infant too early, a long labor, exposure to a high-alert medication with its potential side effects, unnecessary cesarean birth, and maternal and neonatal morbidity. There is a cascade of interventions related to elective induction such as an intravenous line, continuous electronic fetal monitoring, confinement to bed, amniotomy, pharmacologic labor stimulating agents, parental pain medications, and regional anesthesia, each with their own set of potential complications and risk of iatrogenic harm.”

I saw how induction leads to a cascade of interventions when I attended the birth of a 25-year-old first-time mom a few months ago. Her induction seemed medically indicated: she had a high blood pressure reading. However, she did not have protein in her urine and her blood work came back with no indication of pre-eclamsia. But she was put on Pitocin, told not to eat anything, informed she could not get out of bed (she was even told she was not allowed to labor on her hands and knees in the bed because that position interfered with monitoring), and found herself in excruciating pain.

“I was induced,” her nurse confided in the hallway. “It ended in a C-section. If you try to make your body have a baby when you’re not ready, that’s what happens.”

Doctors! America spends more money on health care than any country in the world yet our maternal mortality rate (among the highest of any industrialized country) has been declared a human rights issue by Amnesty International. The CDC tells us at least half the deaths during childbirth are preventable.

We allow formula companies to provide continuing education credits to hospital nurses and let their salesmen telephone breastfeeding women to dissuade them from nursing.

Our Cesarean section rates—at 32.8 percent—are more than twice as high as in Scandinavia. We blame that on women because they begin pregnancy overweight or develop gestational diabetes. But in America, the more money and insurance you have, the more likely you will undergo a C-section.

In many aspects of our prenatal care American doctors fail to practice evidence-based medicine.

Bed rest, prescribed to 1 in 5 women, has not been shown to be effective but has known negative side effects.

Continuous fetal monitoring which restricts a woman’s freedom of movement has been shown not to improve birth outcomes but to increase C-sections.

We are giving a vaccine for a sexually transmitted disease, hepatitis B, to American newborns in the absence of medical indication.

“We’d never recommend anything that would harm you or your baby,” a labor nurse said to a young mom despite the fact that she was recommending interventions known to be harmful.

It’s time for American obstetricians and other health professionals in the mainstream to stop blaming moms for being too old, too fat, or too diabetic, to stop wasting their time vilifying homebirth, and instead to look honestly and critically at what they themselves are doing wrong.

Jennifer Margulis, Ph.D. is an investigative journalist and the author of The Business of Baby: What Doctors Don’t Tell You, What Corporations Try to Sell You, and How to Put Your Pregnancy, Childbirth, and Baby BEFORE Their Bottom Line. Her book, a must-read for midwives, has been called a “searing and well-researched exposé” by Ina May Gaskin and a “must-read book for … the medical professionals who care for us,” by Harriet Lerner, Ph.D., award-winning author of The Dance of Anger. A former contributing editor to Mothering magazine, she lives in Ashland, Oregon with her husband and four children.

Want to be part of the solution?

Become a doula! Provide continuous, culturally competent physical and emotional support to childbearing women and their families in your community or globally. LEARN HOW

Study Global Health Abroad! Make a positive and lasting contribution in the field of women’s health, both in your own community and globally! Join us for an in-depth examination of birth, social justice, women’s rights and community health abroad. LEARN HOW